This is a lore page for the known galactic map. For a map of the current in-game station, see Maps 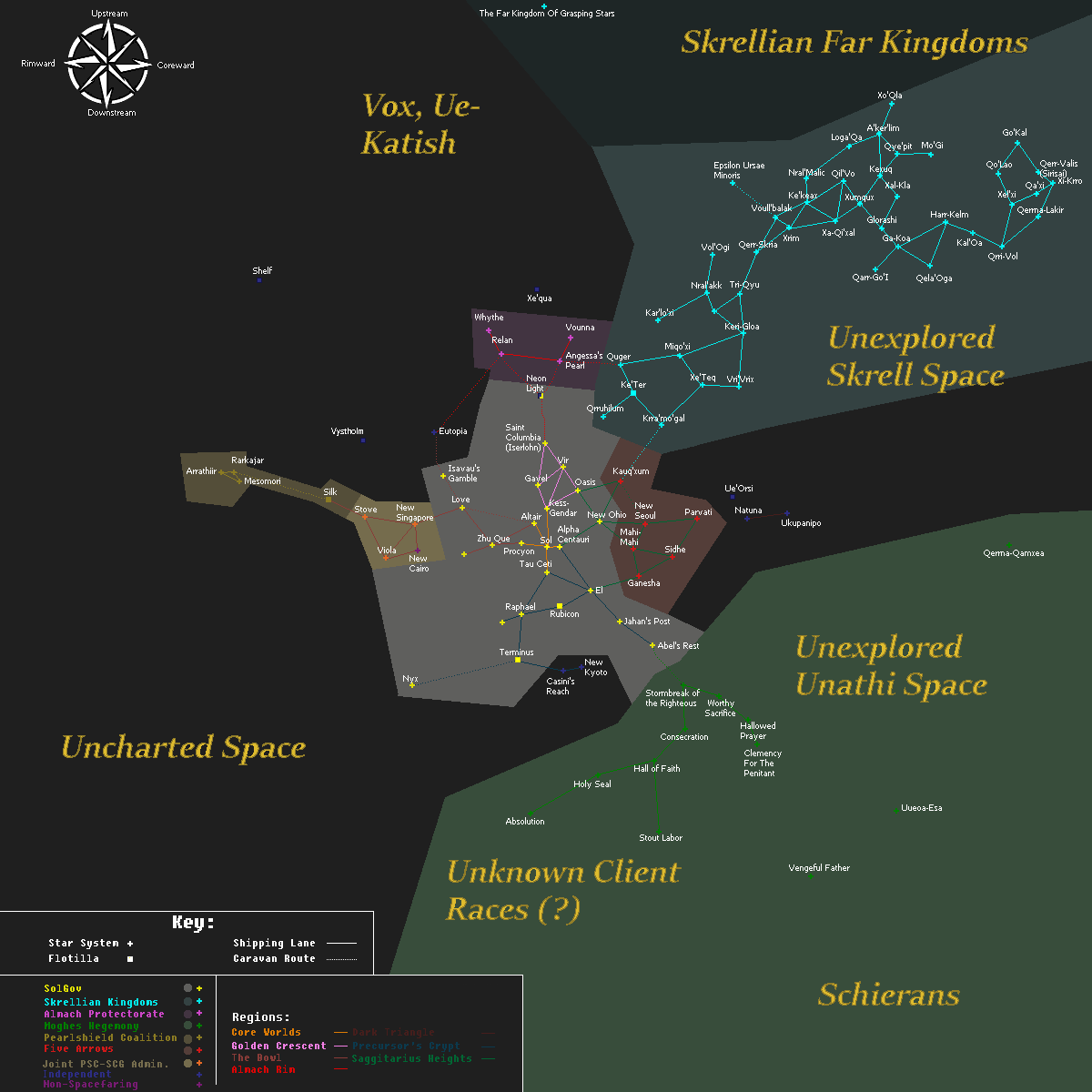 Note: As this is a map representating a three-dimensional space on a two-dimensional image, the distance between star systems should not be taken as an exact scale.

Other star systems exist that are not represented on the map, especially those inhabited only by minor colonies that are not yet established Colonial Assembly members. Players are welcome and encouraged to use their imaginations in creating characters from such colonies.