The chain of command represents how orders are distributed throughout the station. It is part of a power structure: usually seen as the most vulnerable and also the most powerful part of it. Starting from the most authorized, the Captain, through the Head of some Department, down to the lowliest subordinate to finally accomplish the task needed, in order to make the station function as efficiently as possible.

The Heads should not start doing the simplest tasks themselves unless the station's already beyond saving.

Heads can demote their staff by using the Identification Console and removing the subordinate's access to their department from their ID.

So if one of your guys isn't acting like an appropriate team player, don't hesitate to show them who's boss. 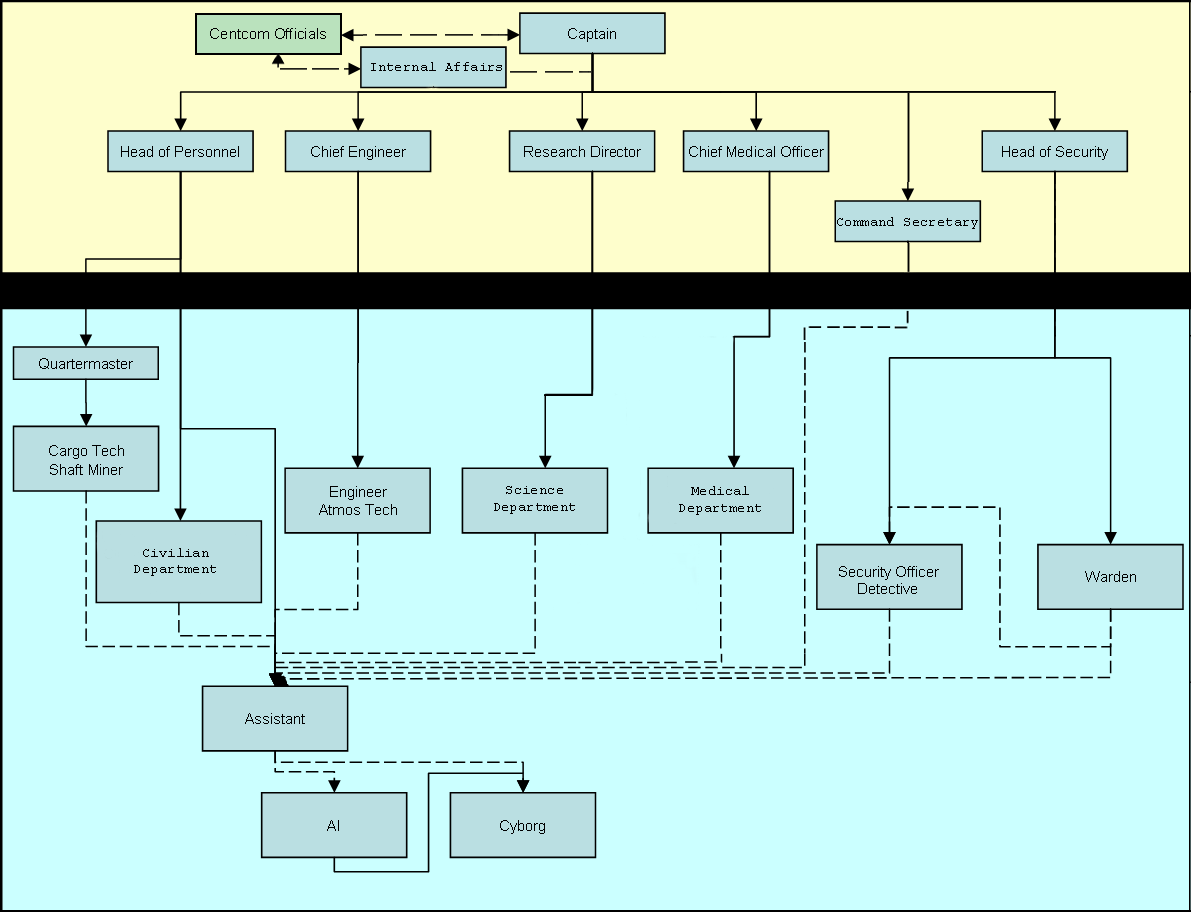